Thank you for your patience while we retrieve your images.

The original Great Geysir (or gusher), which lends its name to the phenomenon of a spouting hot spring is itself located in the Geysir area in the Haukadalur valley. The Great Geysir all but ceased eruptions in 1916 although it has occasionally revived through both man-made and natural interventions for short periods

Strokkur Geysir, originally mentioned in 1789 is just a few hundred metres from the original Great Geysir. It too has had periodic activity but since 1963 when locals unblocked it after an earthquake, it is continuously active and now the dominant attraction. It erupts approximately every 6 minutes, shooting water and steam up to 30m into the air.
Not to be reproduced without prior permission. 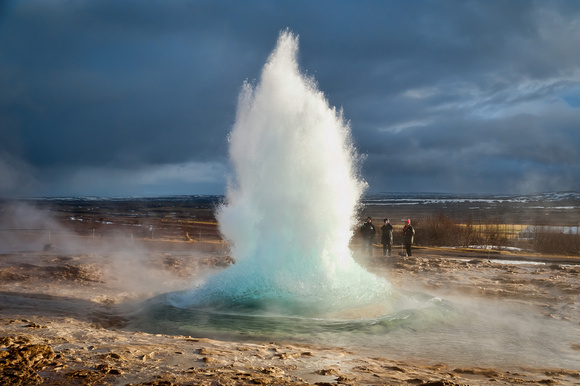